We reached out to our first-year campers in 2017 to help us prepare our Kickstarter campaign site and video.  Thanks, Myles and Lisa! 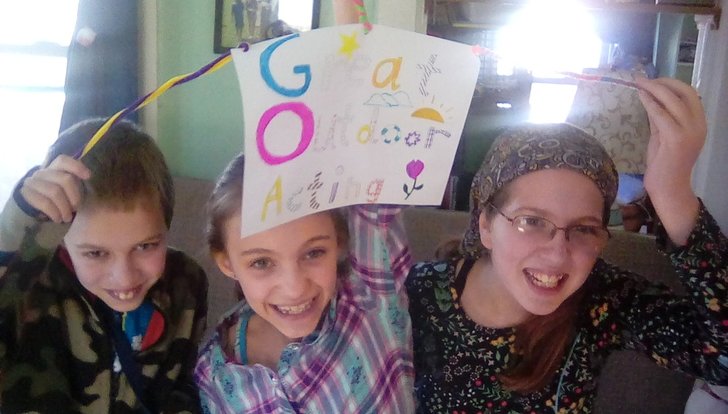 Theater in the Woods Camp was truly such a positive and enriching experience for me. The leaders were unbelievably supportive in every aspect, truly helping me to come out of my shell that I entered with and giving me such a positive introduction to the theater. I made some strong friendships that I am so glad that I got to form and I am now active in the performing arts whenever I get the chance, something that I don't think would have happened without me getting the opportunity to experience Theater in the Woods.
~ J.W.
Theater in the Woods was an integral part of my childhood summers. The magical forest scenes, the hilarious costumes, the spontaneous musical dance numbers, the tightly-knit cast, the adoring audience. Every year offered a new, extraordinary script full of lovable, outrageous characters. I performed on the Theater in the Woods stage as one of the seven dwarves, Little Red Riding Wolf, a singing bumble bee, a bumbling cowboy minstrel, and several other unforgettable roles. Each year, I watched as talented actors and directors brought fantastic scripts to life. These summer acting experiences allowed me to grow and express myself in a unique environment so different than the one I found in school and formal theater groups. Theater in the Woods provided an amazing space for me to grow, not only as an actress, but also as a storyteller, musician, song writer, public speaker, and member of a community.       ~  Amelia Fontein 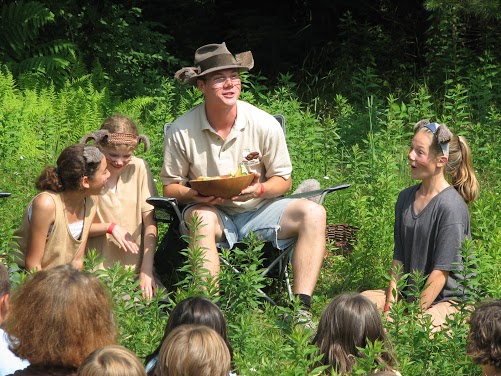 Wheaton and friends as some kind of rodents in 2010.
I was an active player in Theater-In-The-Woods from my childhood into my adulthood. Being involved with theater broke down any walls of insecurity and let my creativity flourish. Being in a healthy environment with other enthusiastic kids and talented grown ups teaching and acting alongside us, we were inspired to become a part of the story we were telling. We weren't standing on a stage in an auditorium practicing at a row of empty seats. We were outside performing to the world, our voice unconfined to one room but echoing outward into the woods. This is a unique experience for many children, being able to be creative and act outside is like becoming the moving illustrations to your favorite children's book. It ignites a feeling of wonder and offers an opportunity and freedom to be yourself. As an adult I reflect back on my involvement with Theater-In-The-Woods with much appreciation and am beyond grateful to know this opportunity is still available to children in the surrounding communities.        ~ Rainbow Squier 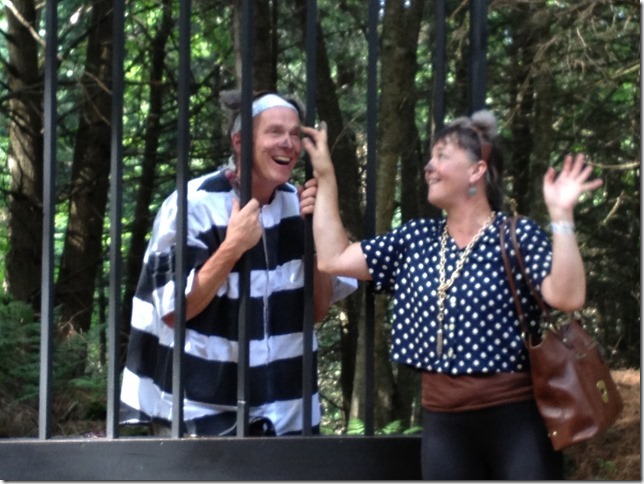 Glenn Tarbell and Melissa in The Big Bad Wolf Goes to Hollywood, SolarFest 2013
As the former Managing Director of SolarFest – the birthplace of Theater in the Woods – I cannot tell you how delighted I am that this great program is being reborn and expanded to be shared with leagues of budding new thespians! Having had a child experience the joys of being a part of Theater in the Woods as a youngster, I can fully endorse this program as a parent, but I also endorse it as a professional. Working with the crew of Theater in the Woods was always a breeze, they were self-sufficient, inventive, fun to have around and always ready at show time. I’m also a huge fan of the end result.
The joy and wonderment that each Theater in the Woods production has brought to so many at SolarFest throughout the years has been a phenomenon unto itself. Each year I watched as more and more people would gather in the woods to begin a journey through time and space, a journey that would take us through a magical forest interacting with bears, wolves, princes, frogs and fairies. There was always a clever play on words, tying old fairy tales with present day dilemmas, complete with a moral at the end of the story. I have to say that Theater in the Woods was one of the most treasured experiences of my SolarFest tenure. Your children will be fully engaged and in turn will have a chance to fully engage an audience in ways that will amaze and delight. This is a concept whose time has come and the camp leaders are masters of this genre – in fact they created it! And although this is a new program in terms of the day camp platform, the leaders have been behind the scenes perfecting the program for years at SolarFest, each has had their time as actor, director and production manager. This camp will be the most fun your kids have all summer, so much fun they might not notice all the great things they have learned, but you certainly will.          ~ Patty Kenyon
What an opportunity (!) the youth of Poultney and its surrounding towns have available to them this summer--and hopefully for many summers to come. Having attended numerous Theater in the Woods (TIW) performances at SolarFest over the last sixteen years, having acted in two productions myself, having witnessed and assisted my own children act in multiple TIW productions, having witnessed numerous children of close family friends grow up acting in TIW productions, and having experienced first hand the high, high level of talent, professionalism, care, dedication, and love for people and performance that Melissa Chesnut-Tangerman, Glenn Tarbell, and Wheaton Squire--the creators and facilitators of this new summer camp--bring to their work, I will attest that this camp has all the makings of something truly special.
I teach English at Poultney High School; for three-and-a-half years I directed the high school’s drama program, and my experiences in both venues have confirmed the transformative power of language, public speaking, and performance, particularly under the guidance of highly qualified people. Our kids are worth this worthy opportunity.
Scott Holliman
English Teacher & English Department Leader
​                                                                                            Poultney High School
Theater in the Woods Vermont Co.
72 Sundog Lane
Middletown Springs, VT   05757
theaterinthewoodsvt@gmail.com
802-235-2050